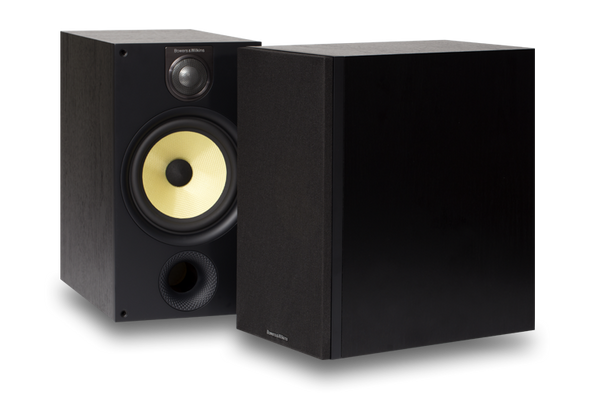 Anyone with more than a passing interest in hi-fi should be familiar with Bowers & Wilkins, aka B&W. Founded in 1966, the British manufacturer has been making speakers for 50 years. Its flagship speaker models are staples of recording studios, where they are used as monitors. Its lifestyle products, including headphones and Zeppelin all-in-one wireless systems, are staples of electronics stores. Filling the gap between is a range of speaker lines, the venerable 600 Series representing the company’s entry-level offerings. 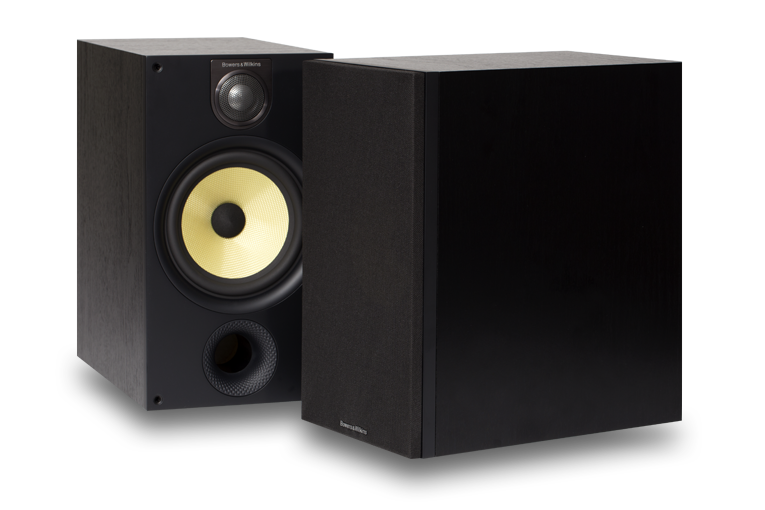 The 685 S2’s cabinet consists of MDF veneered in Black Ash vinyl (no other finishes are offered). The fit and finish are outstanding -- something we expect from B&W, though it’s impressive to see the company’s luxury-driven standards extended to entry-level models. A plug is provided for each speaker’s front-firing port, to modify the 685 S2’s bass response when it’s placed against a wall or on that deep bookshelf. The speakers also come with black grilles, secured by pins inserted in holes in the front baffle. With many speaker makers now using magnets for this purpose, the pins and holes struck me as a bit of a throwback; then again, most folks either leave speaker grilles permanently attached or don’t use them at all. 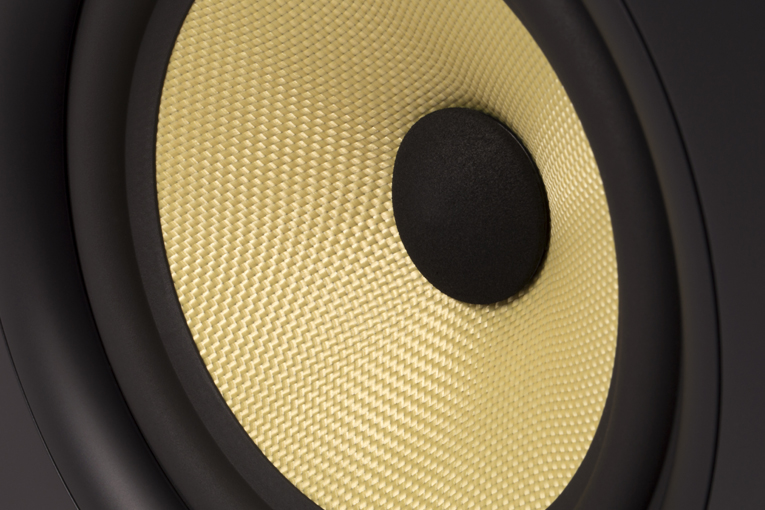 But it would be a shame to attach the 685 S2’s grilles, because the speaker looks so good without them. As in many other B&W speakers, the 6.5” midrange-bass driver has a yellow Kevlar cone capped with an anti-resonance plug. The port’s dimpled surface improves the bass response by smoothing the flow of air through the port. The real tech story behind the 600 Series, however, is its 1” Decoupled Dome tweeter, borrowed from B&W’s higher-end CM10 S2 speaker. In this design, a thin aluminum dome is attached to a thick aluminum ring, to add stiffness and reduce distortion. A synthetic gel then isolates the tweeter assembly, affixed to the wide end of a tapering tube -- technology inherited from B&W’s statement Nautilus line that enhances the sound quality by using the tube to absorb and dissipate unwanted soundwaves emanating from the driver’s rear.

I set up the B&Ws on heavy-duty stands positioned 2.5’ in from my listening/living room’s front wall, angled them inward, and connected cables to one of the two sets of gold-plated binding posts on each rear panel. (Jumpers are included for single-wiring.) For most of my evaluation, I powered the 685 S2s with a 75Wpc Hegel Music Systems Röst integrated amp, as well as with a Rotel A12 integrated amp. 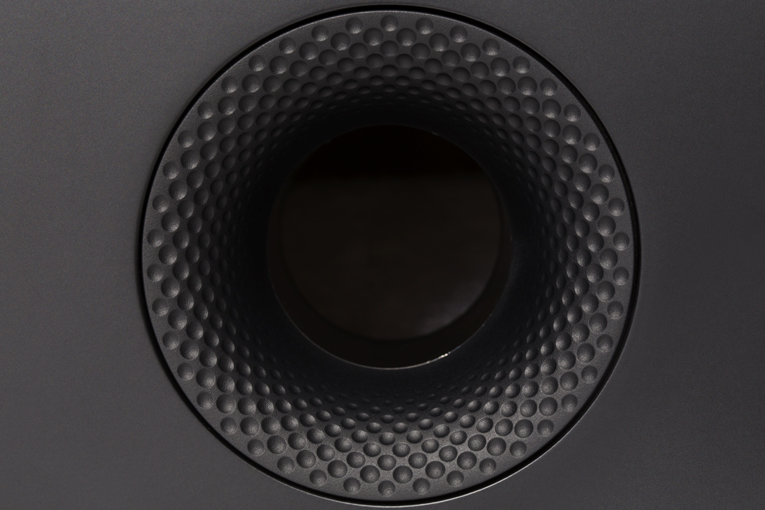 I began with the speakers’ port plugs fully inserted, but soon determined that they weren’t needed in my setup. (The down’n’dirty measurements I took with an SPL meter and test tones indicated that the plugs reduced the 685 S2s’ bass extension by about 5dB.) Over time, I also decided that I preferred the speakers’ sound with the grilles attached: Goodbye, yellow Kevlar cones. It wasn’t that the 685 S2’s treble was strident; rather, with the grilles on, the B&Ws’ sound better matched the silky top end of the GoldenEar Technology Triton Five towers I’ve been using as references.

With the holiday season approaching, it seemed permissible to play Tchaikovsky’s The Nutcracker, with Simon Rattle conducting the Berlin Philharmonic (16-bit/44.1kHz FLAC, EMI Classics/Tidal). As I listened to Act I, No.2: March, the crisp resolution delivered by that Decoupled Dome tweeter was in evidence, the brass instruments sounding notably textured and detailed. Strings also had a full quality, with prancing double-bass runs coming through with impressive dynamics and depth. The 685 S2s also proved easily capable of projecting a wide image that conveyed both the orchestra’s size and its various layers. 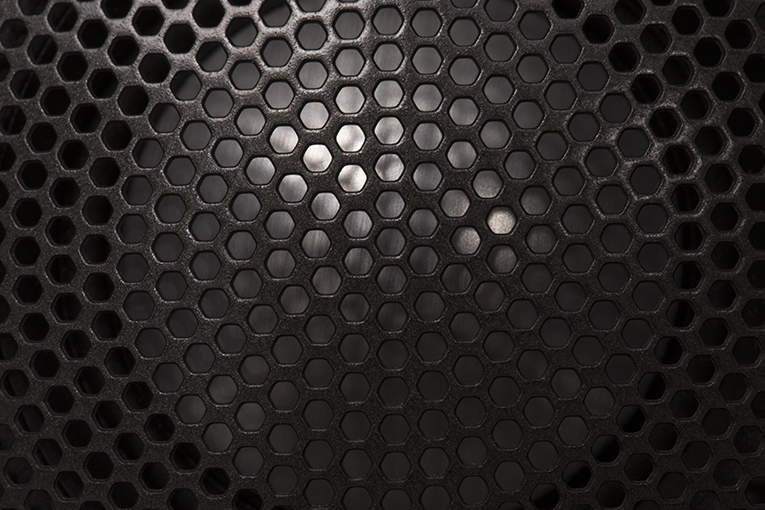 To get a sense of the B&W’s ability to hold things together at high levels, I played “Red Tide,” from Monument Builders, by Vancouver-based electronic musician Loscil, aka Scott Morgan (16/44.1 FLAC, Kranky/Tidal). With its urgent, arpeggiated synths and ominous tone, this track sounds like a mix between a Philip Glass score and the soundtrack to a tense scene from the Netflix series Stranger Things. For the most part, the 685 S2s handled the electronic assault, managing to sound clean even as I edged the volume control toward the discomfort zone. At that level, they were also able to flesh out the forward-pulsing synths from the atmospheric drones in the background.

The 685 S2s also performed well with delicate, vocal-driven tracks such as “California,” from Mazzy Star’s Seasons of Your Day (CD, Rhymes of an Hour RHYMES 003). Hope Sandoval’s laid-back singing and David Roback’s up-front acoustic guitar both displayed excellent presence and detail. The keyboard and hand drums in the background, meanwhile, had a warm, spacious quality that lent density to the sound. Other heavily atmospheric tracks I played, such as Bill Frisell’s “Outlaws,” from his With Dave Holland and Elvin Jones (CD, Nonesuch/Elektra 79624 2), were equally well treated by the B&Ws, Holland’s double bass coming across with notable fullness and good rhythmic drive. 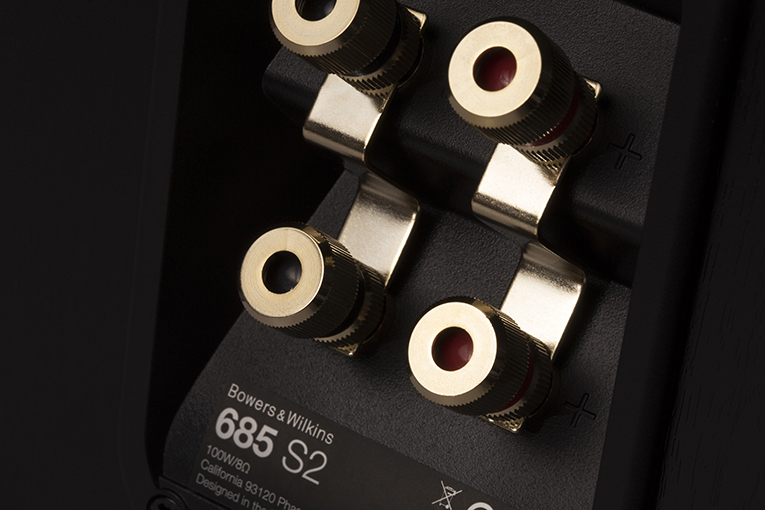 To get a sense of where the B&W 685 S2s stood, I compared their sound with that of my GoldenEar Technology Triton Fives. Specced at 90dB sensitivity and with bass extension down to 26Hz, the Triton Five has definite advantages on paper over the 685 S2. At $2000/pair, it also costs quite a bit more. Nonetheless, I felt that the B&W’s wide imaging, detailed treble, and decent bass would make it a worthy competitor.

Not surprisingly, music with low-bass content, such as the March from The Nutcracker and the Frisell track, fared better through the GoldenEar towers. Still, the 685 S2’s bass was very impressive for the speaker’s size -- if not for the direct comparison, I’d have been very satisfied with its performance in this regard. When I cranked up Loscil’s “Red Tide,” the Tritons also displayed better dynamics, and proved more capable of clearly reproducing the track’s electronic textures.

One thing I noted with a few tracks through the B&Ws was a bit of midrange congestion when I jacked up the volume: voices could sound slightly coarse, and guitars edgy. In the end, the GoldenEar Tritons were more graceful at handling the same tracks at the same volume levels. But to keep things in perspective, the 685 S2 costs only a little more than one-third the Triton’s price, and for most of my listening I found its midrange to be smooth, and its dynamic capabilities to exceed what I typically expect from a “bookshelf” speaker.

Anyone looking for an easy entry into the audiophile world would be well served by the Bowers & Wilkins 685 S2. For a $699/pair speaker, it hits most of the high-end high points: precise imaging, refined detail, ample dynamics. And for the speaker’s modest size, its bass extension is impressive. 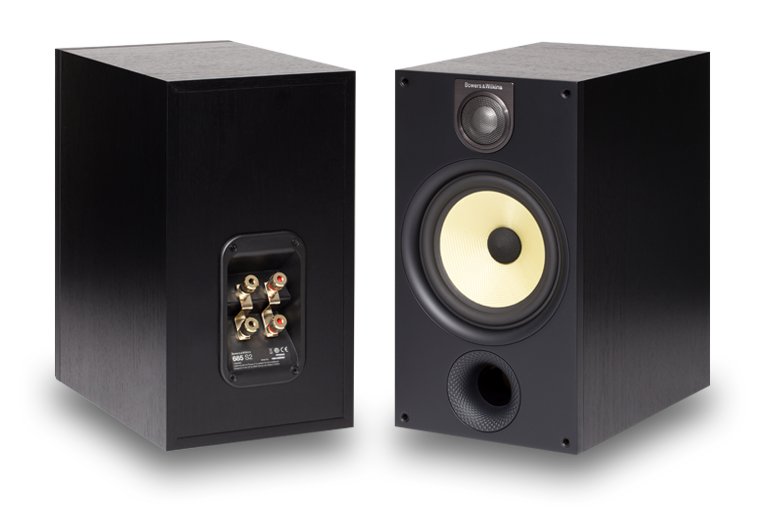 Does the 685 S2 kill it for its category? Soundwise, I’d say it compares very favorably with other under-$1000/pair bookshelf speakers I’ve heard. As for design, given my preference for the B&W’s grilles-on sound, I’d say it looks a bit bland compared with Sonus Faber’s sexy Principia 3, another $699/pair entry-level speaker from a high-end manufacturer, and which Sathyan Sundaram very favorably reviewed on SoundStage! Access in December 2016. Deciding between the two could be tough! But in terms of sound quality alone, the 685 S2 is well worth checking out.